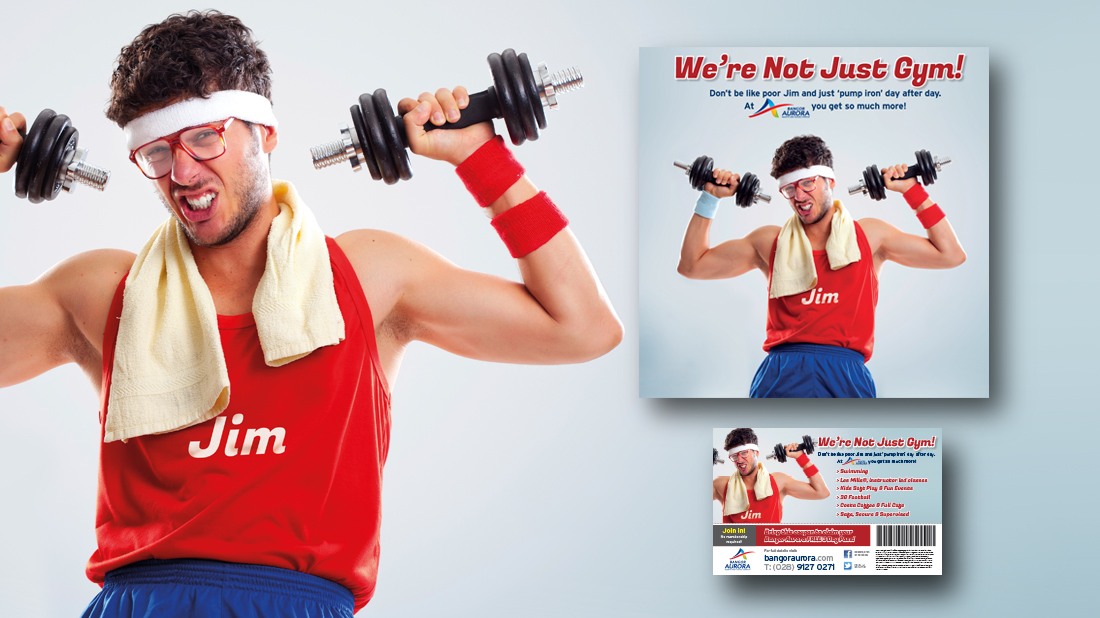 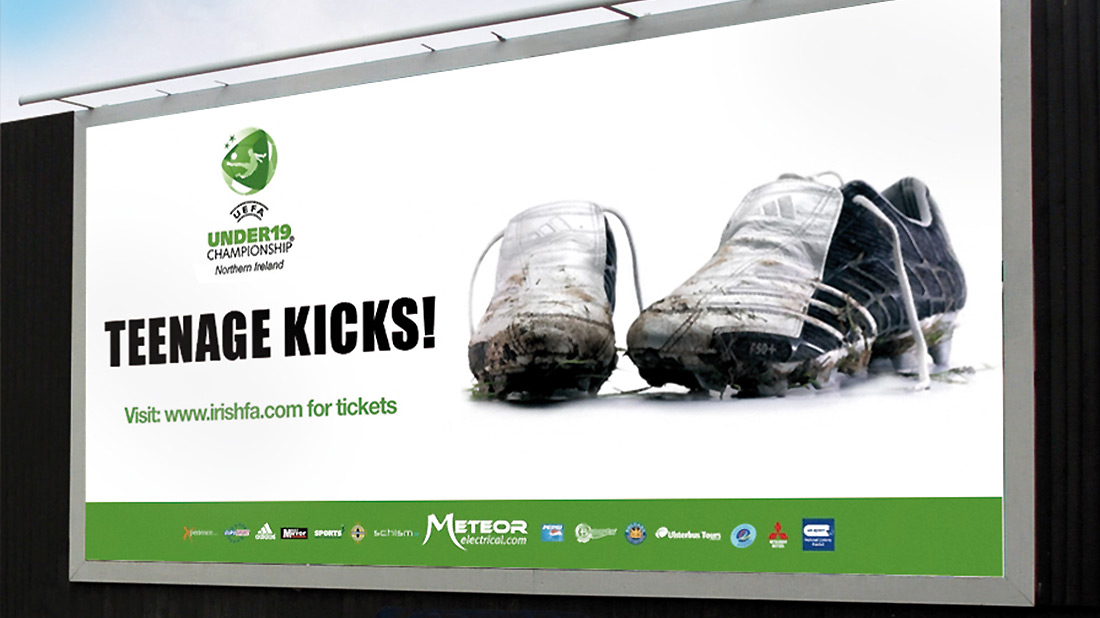 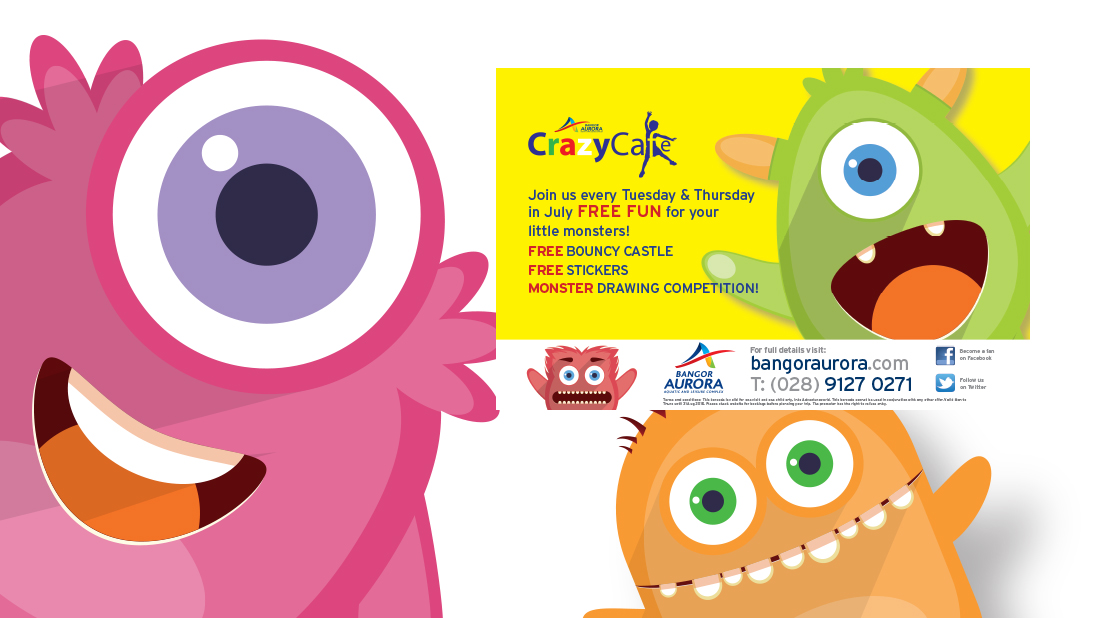 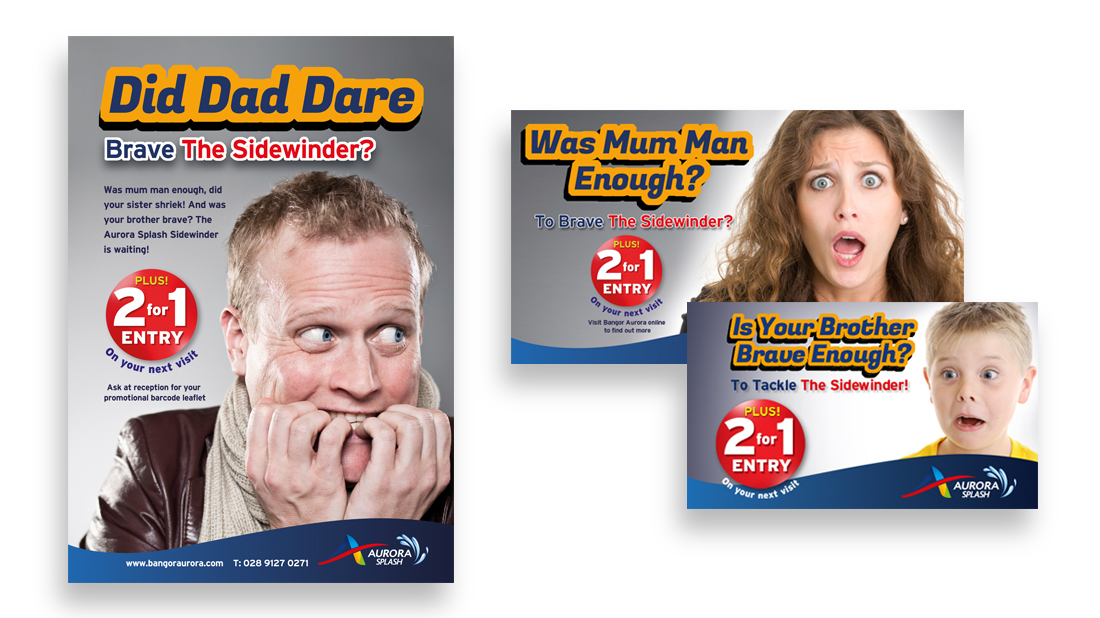 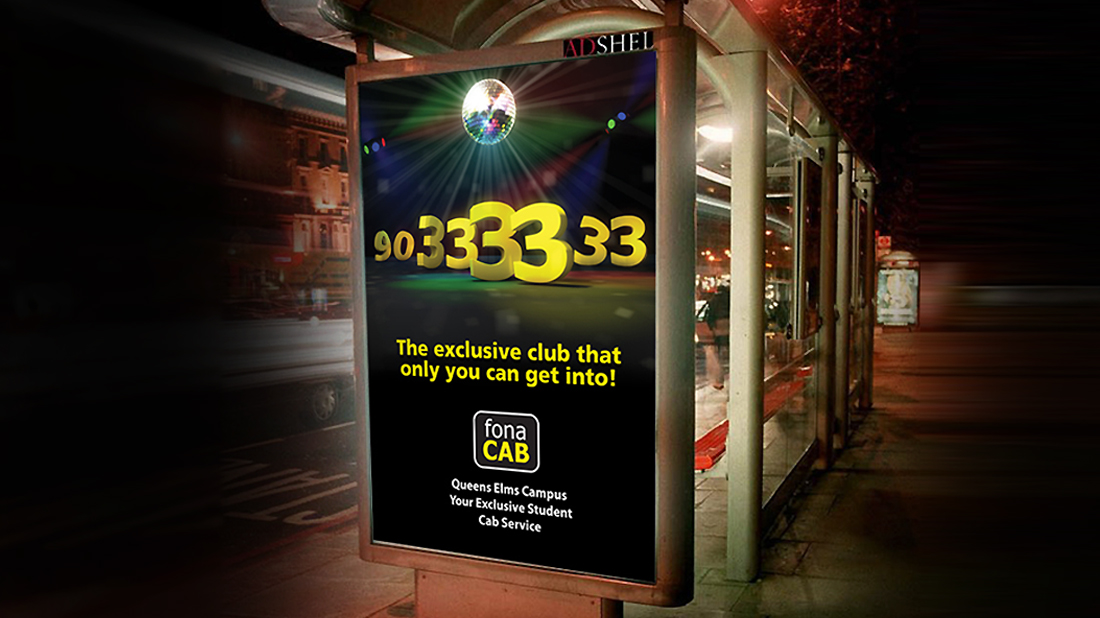 'We're not just gym!' was a quirky online campaign to promote Bangor Aurora Sports Centre's comprehensive sporting and health activities using ambient and digital media. We created a funny and quirky campaign that de-mystified how to use the Centre's facilities to their optimum while breaking down the barriers that going to the gym was the only way to get fit at Bangor Aurora.

UEFA were looking for an outdoor and radio campaigns which created excitement about the event but also had a local slant to the overall message. We created the campaign around the iconic Northern Ireland song 'Teenage Kicks' by the new wave band 'The Undertones'. Simple, effective and quintessentially Northern Irish.

Crazy Café is an internal brand for the children's play area within Bangor Aurora's main concourse. We were asked to come up with a digital campaign to promote the Crazy Café and so we created 'The Little Monsters group'. These characters were used throughout the digital, social and traditional media channels to add life and create excitement and buy-in from both parents and children to the Crazy Café activities.

Banner Aurora wanted to highlight the new sidewinder ride within their aqua park. We came up with the 'Does Dad Dare!' campaign to add intrigue to the idea of trying out this new ride. The campaign ran across several different social media channels but mainly concentrated on Facebook. It created a real buzz around the Bangor Aurora complex with the customers and the ride was a huge success.

'How do you make a phone number interesting and memorable to an audience?' That was the question asked by fonaCAB so we decided to have some fun and created scenarios where the numbers were the customers of fonaCAB in fun and pertinent situations around Belfast. Simple, witty and memorable and a campaign which put fonaCAB's marketing on the map.

Dekko is a boutique furniture store that has a very Scandinavian feel to it. The TV campaign we created was very tongue in cheek, taking a wry swipe at our European counterparts, and won numerous awards in Northern Ireland (PANI) and was so successful that it was copied by the very famous large Scandinavian furniture store we all know and love.